“It’s very clear that these cameras are a way for local governments to raise money,” said McSweeney, who filed the bill last week. “And obviously Rahm Emanuel has taken it to its extreme.”

NEW RED LIGHT CAMERAS WOULD BE BANNED UNDER PROPOSED LAW

A Southern California state legislator is just about as fed up with red light cameras as you are.

The devices, often installed more for fund raising than for safety, are the object of drivers’ ire. Critics say they often prompt folks to stop short instead of risking a ticket, thus resulting in increased rear-end crashes.

One of the reasons why proponents of banning red light cameras gain grounds is that, the device is often installed for fund raising rather than to meet its purpose which is our safety.  Technically, more and more questions about its ability to prosecute traffic offenders arise. And for most, these cameras intrude individuals’ privacy.

“We should have a hearing on that in the next two weeks– And that will outlaw all those stinkin’ red light cameras across the state of Texas. And I am confident… very very confident that we’ll have a full hearing in the [transportation] committee, go to the floor and we’ll pass that legislation out of the senate. And hopefully we’ll get that out of the house too and make it law.” 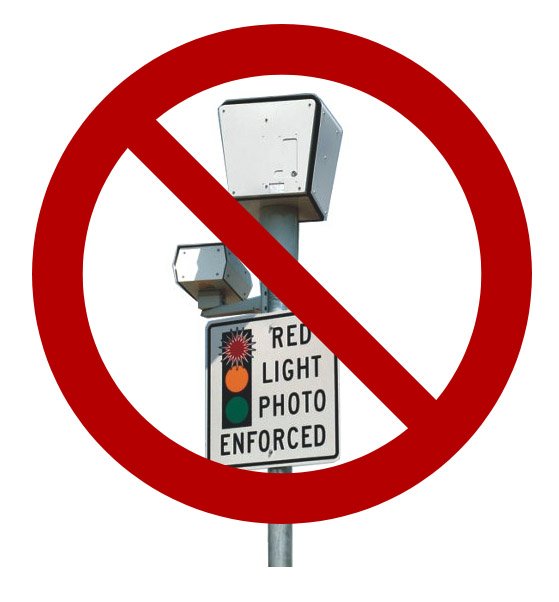 TN aims to restrict traffic camera use, not outlaw cams

After a promising start that could have outlawed traffic and red light cameras completely, a Tennessee Senate bill has been changed to merely restrict use of the cameras, not outlaw them.

In the state of Florida, the court has decided that automated law enforcement is actually unenforceable. The fourth district court of appeals phrased it, saying: “The city is not authorized to delegate police powers by entering into contract that allows a private vendor to screen data and decide whether a violation has occurred before sending that data to a traffic infraction enforcement officer to use as basis for authorizing a citation.” Clearly with that court decision, legality has been the greatest challenge of the red light camera program.

The measure, approved 10-3 Thursday by the House Transportation and Highway Safety Subcommittee, would prohibit cities and counties from installing new red light cameras after July 1 and would sharply limit the revenue local governments could raise from the enforcement systems.

U.S. Rep. Ed Perlmutter today introduced a bill in Congress that would prohibit cities and states from using automated cameras to ticket motorists who run red lights or drive faster than the speed limit.

On Wednesday, the South Dakota state House passed a bill that would ban both red-light cameras and speeding cameras by a whopping 69-1 margin. A Missouri state House panel on Monday heard testimony on a similar bill. The Iowa Department of Transportation has proposed a measure to require cities to justify their need for photo enforcement cameras, and a 2013 bill to ban them outright is still pending before the Ohio legislature.

Red light camera program meets an insurmountable legal challenge. So, if you received citations and have problems of red light violations, your case is not a hopeless case. What you need are expert lawyers in the field to advice you and represent you in court. At Traffic Ticket Office we have experienced lawyers who will defend you in any traffic violation case. Call 305-LAW-FIRM or contact our traffic lawyers.