Is the infamous “Breathalyzer” faulty? 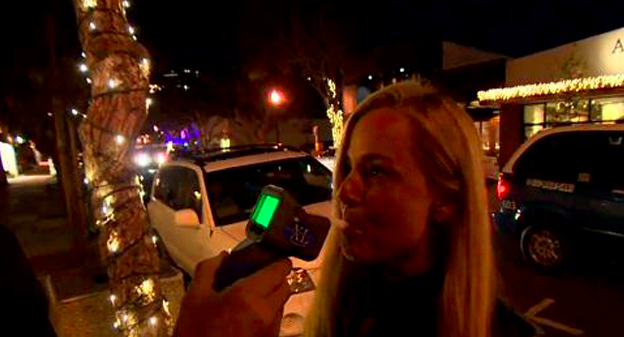 Could the infamous “Breathalyzer” be faulty?

The source code behind a police breathalyzer widely used in multiple states — and millions of drunk driving arrests — is under fire.  Could the “breathalyzer” be faulty?  Have you been issued a Miami DUI because of a breathalyzer test?

It’s the latest case of technology and the real world colliding — one that revolves around source code, calibration of equipment, two researchers and legal maneuvering, state law enforcement agencies, and Draeger, the breathalyzer’s manufacturer.

This most recent skirmish began a decade ago when Washington state police sought to replace its aging fleet of breathalyzers. When the Washington police opened solicitations, the only bidder, Draeger, a German medical technology maker, won the contract to sell its flagship device, the Alcotest 9510, across the state.

But defense attorneys have long believed the breathalyzer is faulty.

Jason Lantz, a Washington-based defense lawyer, enlisted a software engineer and a security researcher to examine its source code. The two experts wrote in a preliminary report that they found flaws capable of producing incorrect breath test results. The defense hailed the results as a breakthrough, believing the findings could cast doubt on countless drunk-driving prosecutions.

The breathalyzer has become a staple in law enforcement, with more than a million Americans arrested each year for driving under the influence of alcohol — an offense known as a DUI. Drunk driving has its own economy: A multi-billion dollar business for lawyers, state governments, and the breathalyzer manufacturers — all of which have a commercial stake at play.

Yet, the case in Washington is only the latest in several legal battles where the breathalyzer has faced scrutiny about the technology used to secure convictions.

Concluding the nine-page report, the researchers say they are “skeptical” that the Alcotest 9510 can produce a reliable measurement of breath alcohol.

Have you been issued a DUI with the use of a breathalyzer?  We may be able to help you because of recent findings.

The Traffic Ticket Office helps you resolve your traffic ticket issues. Would you attempt to represent yourself in court? We have over 25 years experience. We handle cases dealing with all sorts of Miami traffic tickets. From speeding tickets, red light violations, DUI’s, suspended licenses, we can help you. We are even successful helping habitual offenders keep their licenses. Because of this, we know how to best represent your particular situation. As a result, we will clear your driver’s license.

Miami’s Traffic Ticket Office, also known as the Ticket Clinic on 103rd street, has a team of the most reliable Miami traffic ticket attorneys. Our office staff is also ready to assist you in defending you against your Miami speeding ticket.

Remember, on most civil infractions, we guarantee no points on your driving record or your money back. Furthermore, we will represent you in court. Because of this, you don’t even have to be present.

Call the Traffic Ticket Office at 305-Law-Firm.  Let us help you resolve your case.

And remember, Don’t Pay That Ticket!