Distracted Driving? Watch Out! Pets are next! 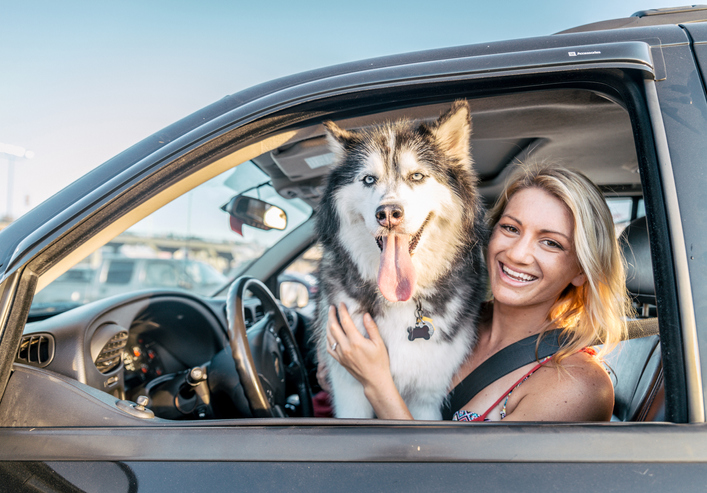 Your pets are distracting you while you drive? What?

Are your pets the cause for your distracted driving?  In honor of “National Love Your Pet Day” yesterday, we bring you this piece, courtesy of the Miami Herald.

A new proposal to tackle distracted driving in Florida doesn’t just go after drivers hypnotized by their phones. It also outlaws petting dogs behind the wheel and other specific distractions.

Earlier this month, lawmakers decided to expand the bill and list more distractions — furry or otherwise.

“The focus of this bill is to save lives and get people’s behavior to change,” said Toledo, a Tampa Republican, the Times reports. “While you’re driving, you should be focused on driving.”

Florida lawmakers’ bill defines “driving while distracted” as being inattentive at the wheel and lists a smorgasbord of activities that run afoul of the proposal.  Some of these include but not limited to “reading, writing, performing personal grooming, applying a beauty aid or similar products, interacting with pets or unsecured cargo [and] using a personal wireless communications device.”

A survey completed by AAA and a pet travel products company in 2011 found that 52 percent of people pet their dogs while they drive. 17 percent let their dog sit on their lap, according to AAA. And 29 percent of those surveyed admitted their dog had distracted them behind the wheel, AAA found.

Critics of texting and driving describe the problem in stark terms — particularly in Florida.

“It’s an epidemic, frankly,” said Keyna Cory, coordinator of Florida’s Don’t Text and Drive Coalition, according to the Sun-Sentinel. “We all know young people do it, but I’m now seeing older people doing it as well.”

Tighter Measures within this Proposal

The proposal in Florida would bring its laws more in line with others around the country, given that — as of last year — Florida was one of a handful of states nationwide where texting and driving remained a secondary offense, according to the National Conference of State Legislatures.

“There are other distractions, and you probably have seen it on the roads when you’re driving,” Toledo told WTSP in an interview. “People are applying makeup, they might be shaving. So there’s a lot of distractions. So,  I think this bill is comprehensive and it will be model legislation that other states could follow.”

At least one supporter of the earlier, narrower bill worried the new proposal went too far by including pet distractions and other specifics.

“I understand the intent and purpose,” said state Sen. Darryl Rouson, a St. Petersburg Democrat, the Times reports. “But what creeps into this is what constitutes a distraction and can it open drivers up to profiling or discriminatory treatment based on culture or personal choice.”

Florida isn’t the only state mulling stricter distracted driving laws: Nevada’s state assembly is considering a bill this week that would empower police to search the phones of drivers involved in crashes to see if the phone was involved, and officers could suspend a driver’s license for 90 days if the driver refused, McClatchy reported.

Let the Traffic Ticket Office help you resolve your traffic tickets without even having to go to driver’s school or getting points on your license.

WANT TO READ MORE ABOUT HOW THE TRAFFIC TICKET OFFICE CAN HELP YOU? Click