“Chad N. Townsend, 34, of the 400 block of Woodland Drive, faces charges of DUI, possession of marijuana, possession of drug paraphernalia and …”
http://www.ydr.com/crime/ci_27576773/dillsburg-man-arrested-dui-drug-possession-upper-allen

“DANVILLE — A borough woman in her pajamas, told an officer she was trying to take her garbage around the block when she struck a stop sign and construction barrel before being charged with driving while under the influence of controlled substances….”
http://www.dailyitem.com/news/montour_county/dui-marijuana-suspect-on-trash-run-smashed-stop-sign-police/article_86d9236a-b66b-11e4-aa47-f7f623abf24c.html

In UTAH, Driving Under the Influence doesn’t require the actual substance to be found in the body, you can still be charged just for having a metabolite in your system, which means you are having chemical leftovers that will show that your body processed a controlled substance recently.

“At approximately 2 p.m., officers from the St. George Police Department responded to reports of a person down outside the Summit Athletic Club at 1532 1450 South, St. George Police Officer Doug Iverson said in a probable cause statement supporting the arrest. Upon the officers’ arrival, they contacted a man sitting in the driver’s seat of a vehicle.”

But the theory of metabolite DUI is a big question especially in the case of pot. In Arizona, its High Court has a decision that pot metabolite does not prove Driving Under the Influence.

“The court wrote that marijuana users break the law if they drive while “impaired to the slightest degree” and if they are discovered with metabolites in their system that are known to impair. But, wrote Justice Robert Brutinel, drivers cannot be convicted “based merely on the presence of a non-impairing metabolite that may reflect the prior usage of marijuana.”

With the trend our law enforcers presently facing a problem very few of them are qualified to assess if the driver is under the influence of controlled substance. In Florida there are officers who are trained in this kind of assessment they are called Drug Recognition Expert or DRE. To prove that the driver is drug impaired the prosecutor will rely on the assessment of the police officer who is a DRE. 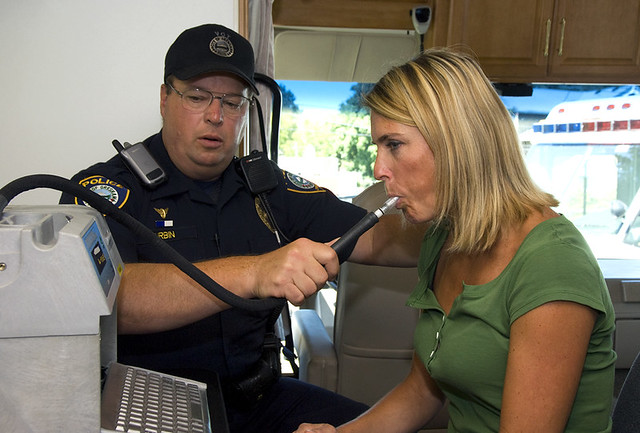 “Alcohol is still our No. 1 thing that we’re catching people for,” said Richmond County sheriff’s Lt. Ramone Lam kin. “That’s not to say the drug cases aren’t happening, but that’s when we have to call in the drug recognition experts to determine what’s going on to make that arrest.”

Since the problem is prevalent some state thinks long term on the problem, offers rehabilitation classes to reform the offenders.

“The Helena Indian Alliance, a nonprofit organization providing chemical dependency outpatient services, has been approved by the state to offer the …”

Whenever you are arrested with Driving Under the Influence you do not know how much it will cost you if you take it for granted. We have experienced lawyers who will defend you in any traffic violation case. Call 305-LAW-FIRM or contact our traffic lawyers.