According to the article “Teen Drinking and Driving” from the website of Centers for Disease Control and Prevention (http://www.cdc.gov/VitalSigns/teendrinkinganddriving/index.html October 2012) teen age drunk driving has decreased by half since 1991, 54% to be exact. It seemed to be a good news that more and more young drivers are more aware that drinking and driving is not a good business. The bad news is teen age driving under the influence numbered more than one million in 2011, still a huge number and a big problem. And in the same statistic teenage drivers are 17 times more likely to die in a crash when they have BAC of more than .08 than if they have not been drinking. 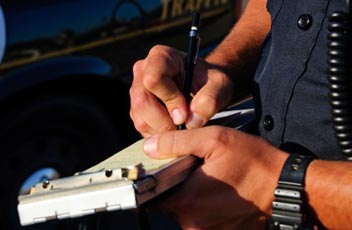 A 19-year-old was in custody Tuesday for a felony DUI after a multi-vehicle crash injured several people in the San Fernando Valley.

The accident involving four vehicles took place around midnight at the intersection of Victory and Van Nuys boulevards.

Teenage DUI endangers not only the lives of the driver and his/her passengers but also the lives of other fellow human beings in the street. With that great problem at hand, who can help the state in solving this societal cancer that endangers the lives of our young people? Drinking under the influence has been a problem in America for so long, and for so long families had been mourning because of the death of loved ones who became the victim of the crime, and become the victim of teen age drunk driving.

Georgia State Patrol charged a Moultrie teen with the death of his girlfriend who was killed in an ATV wreck. 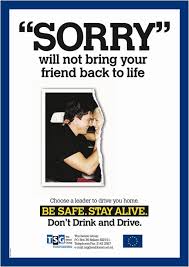 The States already outline laws to discourage teen age drunk driving, that in the state of Florida we have what we call ZERO TOLERANCE, meaning for drivers under 21 years old the BAC level of .02 should not be exceeded, which literally means you do not have even a single drink and drive. But the law alone cannot solve the problem of teen age drunk driving, the solution includes not only the state, the enforcers but also the parents, the community, our schools and ourselves. Education about the danger of driving under the influence should start in the family, and parents should do their part, too.

Students from local schools and the Teen CERT program were at the Ladson Fairgrounds.  A 911 emergency call was placed for the simulation and agencies including fire/rescue, EMS and law enforcement were dispatched to the scene of a mock vehicle accident.  Responding units then treated the scene as if it were a real-life accident, enabling the students to witness all of the actions that take place at a similar collision. 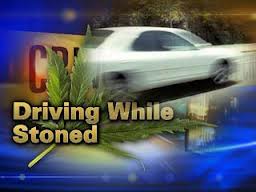 Driving under the influence is defined as a crime of driving a motor vehicle while impaired by alcohol or other drugs. While it is safe to say that drunk driving percentage is lower today compared to 1991 there is a new substance that impairs our young drivers today. Drugs will also impair drivers while driving. With the legalization of cannabis the rise of driving under the influence also rises these days, and we are seeing a problem on the rise.

For the first time in state history a driver accused of being stoned behind the wheel faces vehicular homicide charges.

Teens are especially gullible to this cruel hoax. You do not drive more carefully when you’re stoned.Joseph Beer, 17, of New York City, did not intend to kill his four friends. They were just enjoying the thrill of an automobile speeding at 100 miles an hour. Even with the sharpest mental acuity, such a daring feat on a public parkway is incredibly hazardous and downright stupid. But Joseph had been smoking a joint, and he lost control when he missed a curve and hit a tree. He survived the devastating crash, the impact of which split his car into two pieces, but his four friends were ejected and instantly perished.

Many Teens Driving Under Influence of Marijuana

One in five teen drivers surveyed in a recent poll has admitted to driving under the influence of marijuana, according to a recent study by Liberty Mutual Insurance and Students Against Destructive Decisions (SADD). And many of these teenagers don’t seem to think driving while high is a big deal. Thirty-six percent of teens who have driven high say marijuana doesn’t distract them from driving, the report continues.

Driving under the influence is not something to be taken easy. If you happen to get involved in a case, you certainly need a DUI lawyer for your defense. It would be wise and economical to take a legal representative. At Traffic Ticket Office we have experienced DUI lawyers who will defend you in any DUI case. Call 305-LAW-FIRM or contact our traffic lawyers.