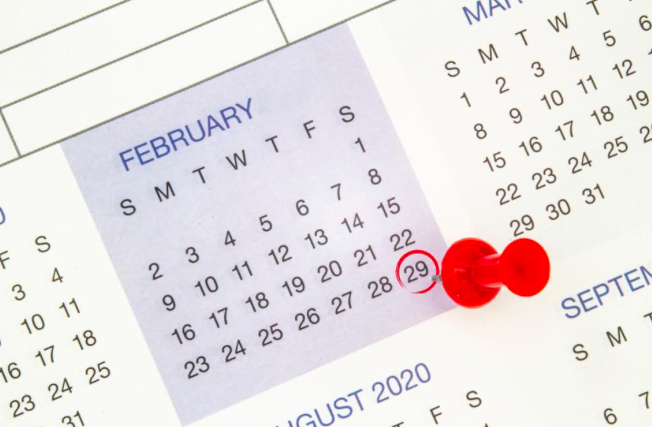 courtesy of The Independent – UK

The Traffic Ticket Office works round the clock, year round.  We make know exception for the extra day in February every four years, or Leap Day, falling in Leap Year.  Since it only happens once every four years, we wanted to explain the significance and importance of Leap Year.  In the meantime, were you issued a traffic ticket on Leap Year?  Call us today at 305-Law-Firm.  We will resolve this for you.

The Gregorian calendar year is typically made up of 365 days. But, usually, every four years an additional day is added.  Thus, making that fourth year a Leap Year.

The additional day is added to the month of February.   So, the 29th of February only ever comes around on a four-yearly basis.

But what is the significance of Leap Years? And, why do they occur? Here is everything you need to know.

Why do Leap Years usually happen every four years?

During a Leap Year, one extra day is added to the Gregorian calendar.  So, there are 366 days in a Leap Year in total.

The calendar dictates that there are 365 days in the year. This is the approximate time it takes for the Earth to orbit the Sun.

However, the time it actually takes for the Earth to orbit the Sun, is closer to 365.25 days.

Therefore, in order to ensure that the calendar seasons remain synchronised with the solar seasons, an additional day is marked on the calendar every four years.

According to Daniel Brown, associate professor in the School of Science and Technology at Nottingham Trent University, if we didn’t observe Leap Years, then in around 750 years’ time, the coldest time of the year would fall in June.

“That’s how much this shift would really make an effect on the calendar itself,” Mr Brown said.

While it is widely acknowledged that Leap Years occur every four years, there are exceptions to the rule.

“As it turns out, if you stick in one [Leap Day] every four years, that’s a few too many,” stated James Evans, a physics professor at the University of Puget Sound.

Therefore, Leap Years fall on every year that is divisible by four, except for years that are exactly divisible by 100.

What is Leap Day?

Leap Day occurs at the end of February.  This gives the second month of the year 29 days instead of its usual 28.

The first Leap Day was introduced by Julius Caesar on the Julian Calendar.  This was established in 45 BC.

Prior to the rule of the Roman Emperor Augustus, which began in 27 BC, it is said that the month of February had 30 days, while the month of August had 29.

It is believed that Augustus wanted his dedicated month, the 29-day August, to have as many days as the month named after Julius Caesar, the 31-day July.

The theory dictates that the emperor then decided to remove two days from February to add onto August.  Thus, making February a 28-day month.

According to Ben Gold, a professor of astronomy and physics at Hamline University, February ended up being the chosen month for Leap Day.  Why?  Because “the Romans didn’t really like February very much”.  They described February as “the leftover month that nobody really wanted to begin with”.

“They had winter, a long period of winter, which they didn’t really like very much and didn’t even want to put it in months,” he stated.

A person who is born on 29 February may be referred to as a “leap-year baby”, a “leaper” or a “leapling”.

When is the next Leap Year?

Did you get issued a traffic ticket on Leap Year?

The Traffic Ticket Office assists you in finding simple and affordable solutions to help you stay on the road.  Additionally, we help you maintain a clean driving record. Our Miami traffic ticket lawyers have helped thousands of clients just like you.  We protect you from both the financial and practical burdens Miami traffic tickets cause. Allow us to represent you.   Have an experienced attorney fight your Miami traffic ticket.  This will reduce the potential of having many frustrations and hassles.