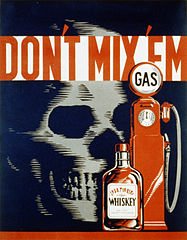 Here is the continuation of my last post Florida DUI Process:

5.) The Release after DUI Arrest

Under Florida law, a person arrested for DUI must be held at least 8 hours before release, unless they are no longer intoxicated, their faculties are no longer impaired, or they have a BAC under .05. There are two ways to be released, through posting a bond or your own recognizance. The money you post for bond will be returned to you after the end of the case, unless you fail to report to court hearings. When you are released you need to go to the impound lot to get your car.

A hearing will be held in the jail within 24 hours after your DUI arrest, when you failed to put a bond or not been released through personal recognizance. A judge will inform you of your charges and conduct a review of the police reports to determine whether probable cause exists for your detention.

When you fail to submit to tests or your BAC test is higher than .08 your license is automatically suspended. You may drive for ten days after the arrest but in order to keep the temporary privilege you need to request formal administrative hearing within ten days after the arrest. If the hearing officer upholds the suspension of your license you cannot get a hardship license at least for thirty days. If the hearing officer overturns the suspension your license will be returned to you, but the judge may suspend it if you are convicted in the court proceedings.

We have to understand that any DUI case in Florida is really two cases in one, a criminal case which will be heard in front of a criminal court with a judge and a jury, and an administrative law case to determine whether your driver’s license will be suspended, and will be heard in front of an administrative hearing officer of the Department of Motor Vehicles, division of driver’s license.

8.) The DUI Arraignment at Court

The next court hearing is the arraignment. At arraignment you will be advised on the charges filed against you and you will be asked to enter a plea of guilty or not guilty or no contest. Your DUI citation may list the date of your arraignment or you may be told this date when released on bail or on your first appearance that usually occurs about a month after your DUI arrest and is mandatory.

If you are facing a DUI case in Florida it is for your best interest to have a legal appearance in every court hearings, if you cannot afford to hire a legal counsel the court will appoint you a public defender during the arraignment.

If you entered a not guilty plea your case will be set for a pre trial hearing.

Before the actual hearing starts, there may be a series of pre-trial hearings. A hearing where the prosecutor may confer with your lawyer about scheduling and other housekeeping details of the case. In these hearings matters will be resolved; your attorney may go into the court and the judge may decide on important issues, your attorney may request the judge not to admit some evidences against you. Your presence is typically required at this hearings. Check with your attorney to be sure. If a plea agreement is reached at the pre-trial hearing, you will change your plea and the judge will impose a sentence at that time.

During the pre-trial there were negotiations, and if these negotiations work in favor of your case, your attorney will discuss with you any offers and any benefits of ramifications. If you accept the offer of the prosecutor, your case will be resolved at the pre-trial conference. If an agreement is not reached, the process will continue to the trial proper.

Most DUI cases are resolved before trial but it is a constitutional right of every citizen to have a trial by jury in Florida. Your trial may be before a judge or what we called bench trial, or before a jury. The prosecutor will prove the case against you before the jury, if the jury finds you innocent you will walk as a free individual but if the jury finds you guilty as charge, you will be sentenced on the spot, with hefty fines, community service, classes or possible jail term.
A DUI is not a quick process, from the time of arrest to the time of resolution it will take months. Every step of the DUI process involves complex legal issues, and the help of legal professionals will be at the defendant’s advantage. With the help of a DUI lawyer questions will be immediately settled and the uncertainty as to the outcome will not burden you.